Celtas Cortos are creators of great hymns of Celtic music in Spain such as their songs 20 de abril or la senda del tiempo, their lyrics being very sung in their concerts. Its name comes from an old tobacco brand called Celtas Cortos.

Celtas Cortos were born in 1984 by four of its founding members (Goyo, César, Carlos and Óscar), who met at the Instituto Delicias in Valladolid. These, together with their French teacher (Luis) make up the Music Collective of the Delicias Institute, and under this name they begin to play Celtic music. Later on, three girls joined the group and in this way the formation Páramo was created, under which they began to play Castilian music. This formation lasted a very short time.

At the same time, Carlos played in another group with Jesús Cifuentes, the group was called Almenara and had some recognition in the region. Almenara recorded an album in 1984 “Desde aquel día de Abril – Amapolas comuneras”, a true collector’s work as it was the first work of the master Cifuentes. Shortly afterwards, Nacho and Luis (drums and violin respectively) joined Almenara, which brought together in the same band four of the founding members of Celtas Cortos.

In 1986 a fusion takes place between components of “Páramo” and Jesús Cifuentes and Nacho Castro de Almenara, which makes them present themselves to a contest of Folk, which are victorious obtaining a prize of one hundred thousand pesetas (600 euros). This victory gives them enough motivation to go on and not to dissolve the band. Later, they decided to call themselves Short Celts, due to the brand of tobacco smoked by one of the members of the band.

In 1987 they are winners of a contest carried out by the Junta de Castilla y León and Radio Nacional de España. Due to their victory, in which the prize was to record an album with two other groups, they released “Así Es Como Suena” together with the bands Folk Ágora and Yedra. This album, in which Celtas Cortos record three instrumental songs, is a true collector’s piece called “disco cero”. Only 500 copies were published and they were not put on sale but they were given away to be promoted.

In 1988 they recorded their first demo composed of ten songs. This demo is sent to all the record companies that are finding without any interest in their talent. This refusal on the part of the record companies aims to generate the dissolution of the band, but then they receive the proposal of Paco Martín, producer who at that time had just created the record Twins, and with which Celtas Cortos signed their first record contract and began to take off.

In 1989 they recorded their first album “Salida de emergencia“, made up of instrumental tracks and of which 60,000 copies were sold, which is not bad at all for a debut album.

In 1990 they released their second album “Gente impresentable“, composed of both instrumental and lyrical tracks, where they fused styles such as Celtic music, reggae, rap and rock.

In that same year, a key event in the career of Celtas Cortos occurred, and it was the sale of the record company Twins to DRO, who dedicated themselves to the promotion of Celtas Cortos. Due to the power as a record company of DRO, the record manages to sell more than 180,000 copies and reaching the top positions in the most important radio lists of the moment in Spain, being the only band in getting 5 numbers 1 and remain in the list of the most sold more than a year in the same year. From here the group begins to give the ball, getting to give more than 100 concerts during a year in Spain. 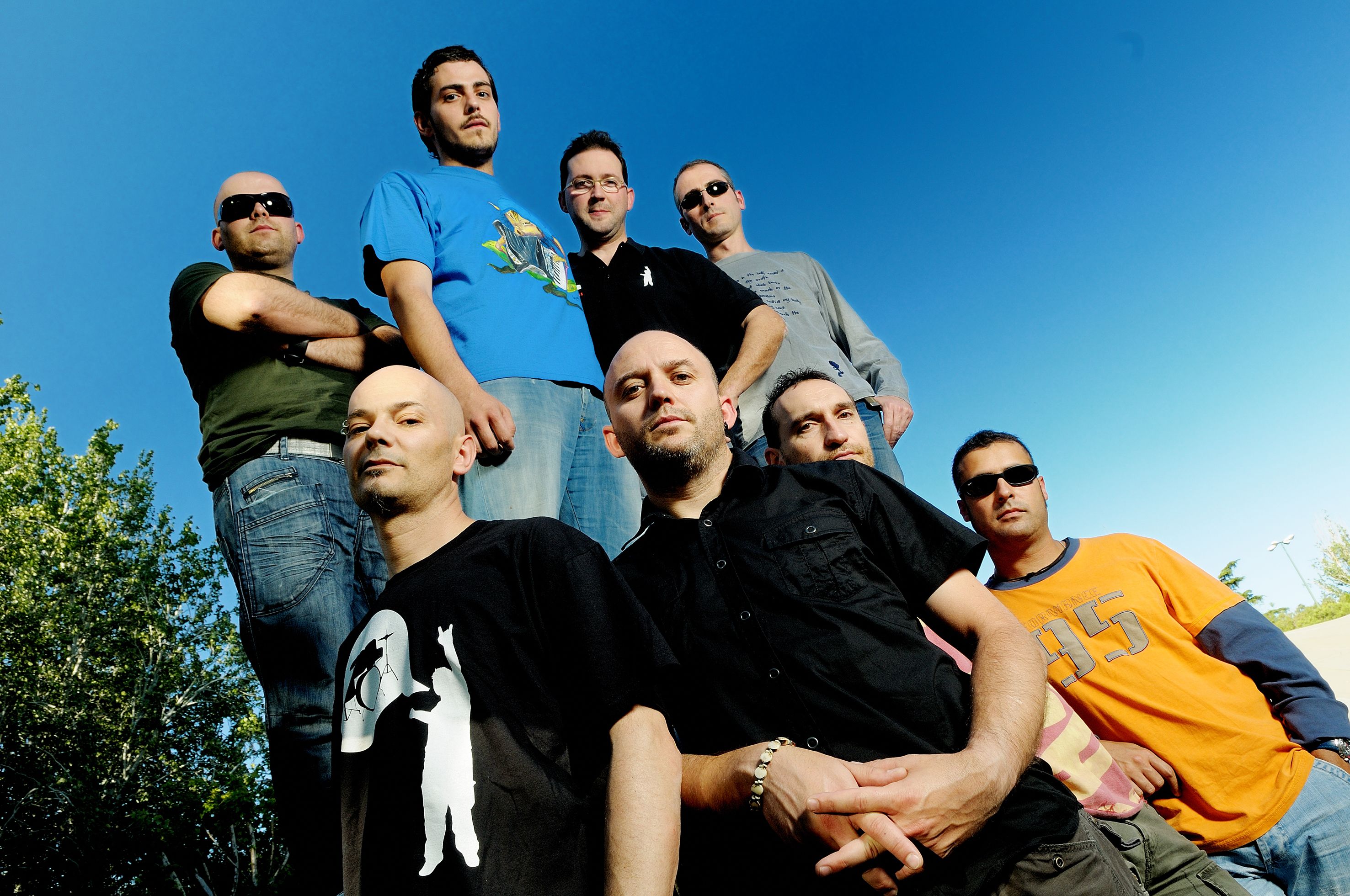 In 1991 they recorded their third album “Cuéntame un cuento“, in which the songs sung are gaining prominence over the instrumental ones. This album surpasses the record sales of the group, selling more than 300,000 copies. In this album we can find great hits of the group like “20 de abril” or “Cuéntame un cuento”, which make the notoriety of the band increase exponentially. Celtas Cortos with April 20 and its catchy lyrics become one of the great hymns of Celtic music in Spain and the world.

In 1991 they performed 126 concerts and in 1992 140, some of them with a large number of people like the one they offered at the Expo in Seville or the ones in the bullring of Las Ventas before more than 25,000 people or the Mercé festivities in Barcelona before more than 63,000 souls.

In 1993 they released their fourth album “Tranquilo majete“, composed of 9 songs with lyrics and 4 instruments. In this album the sound is much more rocky than in previous albums. From this album, Celtas Cortos cross borders and start touring in France and Germany. The success in France and Germany leads them to release the compilation “Vamos!” which includes a version of “Cuéntame un cuento” together with Willy de Ville.

In 1995 Jesús Cifuentes began a project parallel to Celtas Cortos “El Caimán Verde“, with which he released an album of the same name, in which rock bases predominated and had great collaborations such as Fermín Muguruza. Simultaneously, Nacho Martín also released a solo album “La noches de las once lunas”, composed entirely of instrumental songs.

In 1996 they released their fifth album “En estos días inciertos“, with a sound where styles such as rock, ska or pop emerge fused with Celtic music, and where we find vindictive music and social injustices. The tour that belonged to this album made Celtas Cortos the group that gave the most concerts in Spain during 1996.

In 1997 is released the album that has had more success in the career of Celtas Cortos, being the first live album of the group “Nos vemos en los bares” and for us the best of his career. 25 tracks make up this live album-concert recorded in February in the two concerts that the group gave at the parties in Valladolid on 6 and 7 February 1997. Undoubtedly two key days for lovers of good music, either rock or folk. In this live album they had collaborations such as Rosendo, Le Bagad de Kimperlé (Brittany), Nomadi (Italy), etc… On the other hand, at that time José Sendino joined as a guitarist, who would become one of the usual ones.

In 1998 the group started an instrumental project called “El Alquimista Loco” in which Jesús Cifiuentes did not participate. This project becomes a success and they publish an album of the same name. The album of this show was recorded in Las Landas (France) and appeared in 1999.

In 1999 the most technological album of the band “Tienes la puerta abierta” was released, recorded under the production of Suso Saiz. The tour of presentation of this disc was made before in France that in Spain where 34 concerts were made in 40 cold days of the French winter.

In 2001 Celtas Cortos publishes a compilation “Grandes éxitos, pequeños regalos“, with DVDs with the videos made up to that date, a short film directed by Carlos Soto and other small gifts.

In 2002 Jesús Cifuentes left the band, in addition to the previous exits of the group of César Cuenca and Nacho Martín. Jesús is replaced by Antuán Muñoz. At the beginning of 2004, Carlos Soto (flute and sax) leaves the group to create Awen Magic Land, his new project together with María Desbordes.

At the beginning of 2006 with the mark of Antuán, Jesús Cifuente returns to the group and they begin to rehearse for their next album “20 soplando versos“, in which old songs are rescued and some new ones are included as “Hay que volver“.

In 2008 they released “40 de abril”, their first album with new compositions after the return of Jesús Cifuentes in 2006. In this album we can listen to songs like “Retales de una vida“, which was present in the successful television series “Física o Química” (Physics or Chemistry) and which already has more than 3 million reproductions in YouTube.

In 2010 they release “Introversiones“, covering songs from other bands.

In 2012 they release “Vivos y Directos” a live review of their career with the current sound and recorded at the Festival EN VIVO in front of more than 40,000 people.

In 2014 they released their new album “Contratiempos” with their own label, achieving a very elaborate sound with the fusion of several styles and with a very particular label.

With more than 2000 concerts behind them, almost 2 million albums sold, and a few refrains that we have all sung at one time or another, Celtas Cortos continue with enough energy to face their new album “Energía positiva” (Positive Energy).

Celtas Cortos released on September 7, 2018 a new album called “Energía Positiva” (Positive Energy).  On April 20, 2018 they released his new single “Silencio” which serves as a preview of this new album we are looking forward to hearing.

Their new album, “Energía Positiva” (Positive Energy) is composed of 12 songs, two of them instrumental and 10 sung.