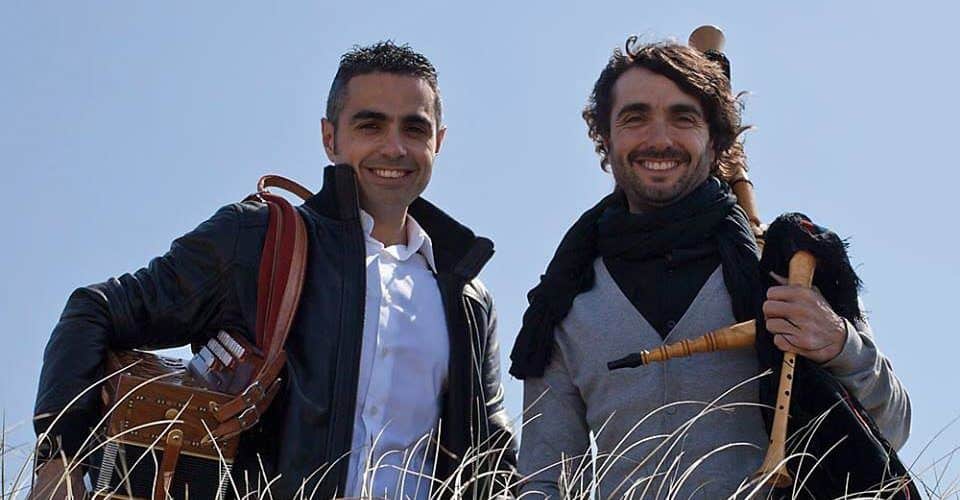 Tejedor is a folk music band from Avilés, Asturias, Spain. Tejedor is one of the reference bands within the national and international folk scene having participated in the most outstanding folk festivals in the world and having collaborated with artists of stature and worldwide recognition. Formed by three brothers (Jose, Javier and Eva Tejedor), the members of Tejedor have influences from traditional Asturian music using traditional instruments such as bagpipes, flutes, guitars and accordion.

In 1995, the three brothers José Manuel, Javier and Eva Tejedor begin a new stage in their musical career, after more than a decade fully dedicated to traditional music in Asturias and having won more than twenty awards in both national and international competitions, Tejedor begins to compose his own repertoire, a basic part of it as their records are nourished almost entirely by their new compositions.

Tejedor already knows what the international folk scene is, winning the two brothers of the band the McCallan bagpipe awards of the Interceltic Festival of Lorient, Brittany. Their first album “Texedores de Suaños” was recorded in 1999 and produced by Scottish musician Phil Cunningham. This was a record debut full of talents such as Kepa Junkera, Michael McGoldrick, Chus Pedro, James MacKintosh (Shooglenifty), Duncan Chisholm (Wolfstone), Igor Medio…

Tejedor has received many awards such as the Bronze Capercaillie, awarded by the Asturian Centre in Madrid in 2003. It was also awarded the CPN Prize to the best Asturian band in 2003; and two Asturian music prizes in 2006, for best song and best folk music album.

José Manuel and Javier, make their first big incursion in the world of cinema, creating and recording the soundtrack for the film “La Torre de Suso” premiered in December 2007.

In June 2011 is published “Positivu“, the fourth studio album Tejedor, this being the first work of the solo career of brothers José Manuel and Javier Tejedor. A record that has 7 instrumental tracks where musicians from the national and international music scene collaborate and can be described as a complete album.