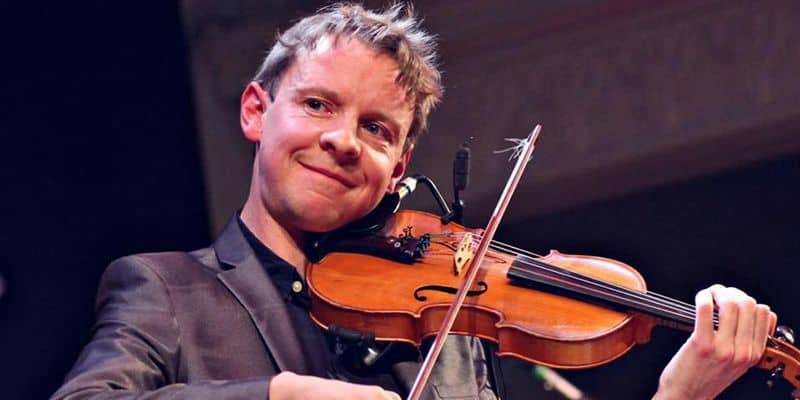 Adam Sutherland is at the age thirty-year-old, one of the most brilliant and talented violinists and composers of the Scottish music scene. In addition to participating in many groups such as “Treacherous Orchestra”, “Session A9”, “Peatbog Faeries”, “Babelfish” and “Croft No. Five”, he has played with a lot of bands like “Salsa Celtica” and “Manran” and is now working on his solo career, Interpreting their own songs and accompanied by unparalleled Scottish musicians.

Adam comes from Errogie on the south shores of Loch Ness in the Highlands of Scotland.  In his late thirties, he is one of Scotland’s most exciting fiddle players, composers and teachers in a thriving scene, drenched with talent.

Outfits that Adam has been a part of include The Treacherous Orchestra, Session A9, Peatbog Faeries, Babelfish and Croft no. Five.  He has also played with a host of other well known acts including Salsa Celtica and Manran.

Adam’s tunes are perhaps his most impressive legacy and are played in music sessions and on youtube videos in the following countries:  Scotland, England, Ireland, Wales, France, Germany, Italy, Spain, Norway, USA, Canada (Canadian Celtic Music Top-Ten with Flook’s version of ‘The Road to Errogie’), Korea, Australia, New Zealand and who knows where else.

His solo debut album “Squall”, recorded live at The Ceilidh Place in Ullapool, was released in the summer of 2013.