Carballeira de Zas or Festa da Carballeira is one of the oldest folk festivals in Spain, celebrating its 35 edition this year. The musical quality adds to an unparalleled environment, surrounded by nature, which makes this date one of the most anticipated for generations of lovers of Celtic, folk and traditional music. 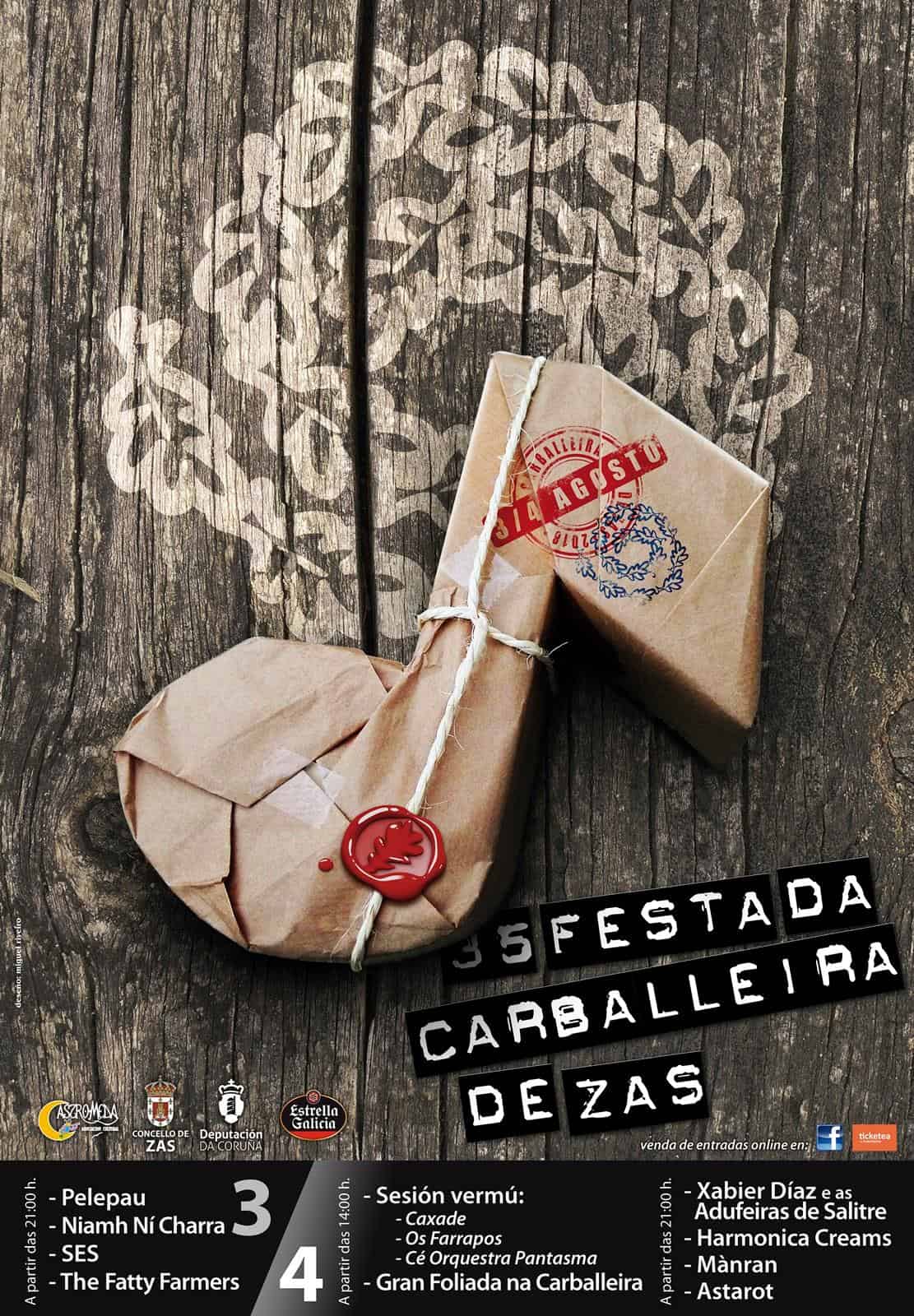 Festival Carballeira de Zas is held in the province of La Coruña, specifically in the municipality ZAs; The first edition was in the year 1984 and since that date has become the most important folk festival in Spain along with the festival of Ortigueira, and one of the most important in the world held on the first weekend of August for two days.

On the first Saturday in August the groups of tambourines, bagpipes and traditional dances come together after noon, to make the opening of the event, which begins after 10 pm, all in a natural environment, which gives a magical and mystical touch.

Galicia was always a town of pilgrimages, of festivities full of popular religiosity; But, to the extent that religion loses prominence, many celebrations are altered, others are lost, and in other cases other civil forms of liturgy appear. In Zas, on the last Sunday in August is celebrated the Feast of the Blessed Sacrament, since time immemorial.

About forty years ago, men of the place would go down that day to snack by the river under the protection of the Oaks. They carried octopus, wine, sardines, corn bread,… all enlivened by those of Montouto, group of bagpipes of the lands of the Xallas,-it goes without saying that the women were absent, because their honor would be questioned. At nightfall, they returned to the Collective Meeting Center, the Plaza de Campo, to continue with ‘ official ‘ celebrations.

Already normalized this activity began to appear obstacles: the money, but above all, the owners of the lands that were trodden prevented that for years was possible. Fortunately, two years before the constitution of the A.C. Castro-Meda, future leaders of it assumed the directive of the Committee of Festivals of the people and retook the habit of lowering the day of the Blessed Sacrament, in the afternoon, to the Carballeira do Souto, with The purpose of being able to have a picnic accompanied by traditional music; They ran the mid 80 and the percentage of both sexes was equalized.

Thus, in the year 1986 our Association organizes this event, and the party committee the rest of the day (still some positions were reconciled). We held the celebration as we inherited it until, again, obstacles arose: again the owners of the lands complained, and-as the measure that increased the celebration in the Carballeira, diminished the relevance of the religious acts-, we We become the direct competition of the party committee.

For all this we changed the stage and the dates some years, and decided to make it in the Carballeira to watch the first Saturday of the month of August… and so we have been many years. Our goal at that time was to enjoy an afternoon by the river, with popular, traditional and evolved musics and dances; While tasting typical products of the Earth; and enjoy the atmosphere generated. It is clear that the organization, the participating groups, the occupied square meters…, and the effort demanded were varying and increasing with the years, but our initial objective we continue to maintain, continuing as attractive as Old. 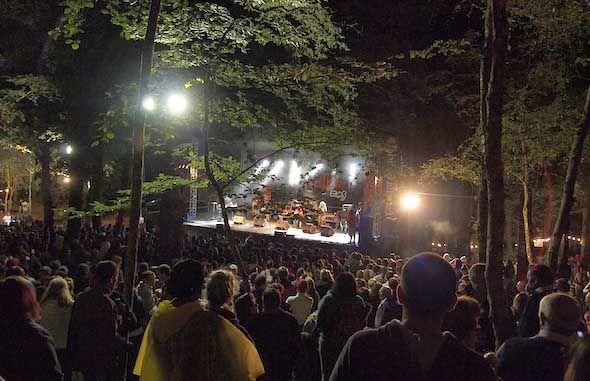 Today, after so many editions celebrated we can say that we are facing a relevant manifestation of Galician collective identity, very consistent with the Times that run:

Every year, on the first Saturday of August, in the early hours of the afternoon, in the meadows located on the banks of the river, our culture is shown as it was decades ago (our dance groups, Pandereteiras, and bagpipes have been collecting it for years by the villages ahead). Accompanied by other traditional groups, whether or not Galician. Around ten at night begins the current folk part, this time on the left side of the river, where is the Carballeira, which makes the natural auditorium in such an event.

From the beginning, you can taste the gastronomic specialties: octopus, Padrón peppers, steak, potatoes, etc…, (were varying the length of these years), you can also drink bottled wine for that purpose, buy a commemorative T-shirt Celebration or a ticket for the draw of a little lamb,? And, perhaps the most distinctive, is that you can buy a jar of clay, made by a alfareiro of Buño-locality very close-, with an exclusive design every year, and for its purchase, we enclose a piece of empanada, a bottle of wine and all the queimada that each one can drink There in the middle of the night when it is made so idyllic potion.

But what is pushing us to follow year after year is the atmosphere enjoyed: most of the indigenous youth assumes some responsibility at the party, most of the neighborhood has relatives involved in the organization, which flock to families in mass; The performance of local traditional groups attracts many nearby neighbors, and night performances are an excellent claim for groups of young people coming from many corners of Galicia, and, for-more and more-tourists, besides the camping area Free and Craft Fair.

That is why there are still remnants of the taste of ‘ Pueblo Festival ‘: We meet again with people born very close to you, but who live many kilometres away; There are also the grandparents/parents of almost all, sharing a bar with the folk gangs of the capital, who see the enjoyment of groups with some prestige. Even, already nightfall, certain grandparents/as equipped/As with their folding chairs attend undaunted to the concert of the folk fashion group.

It is that very important characteristic for us: that despite having two spaces and two totally differentiated times, the enjoyment is common, and peaceful and natural, without anyone to generate suspicion. Everyone feels comfortable about not having to be in control around them, and enjoys the company, the music, the space…; Each one shows it according to his personality and others do not bother because they are also busy to enjoy.