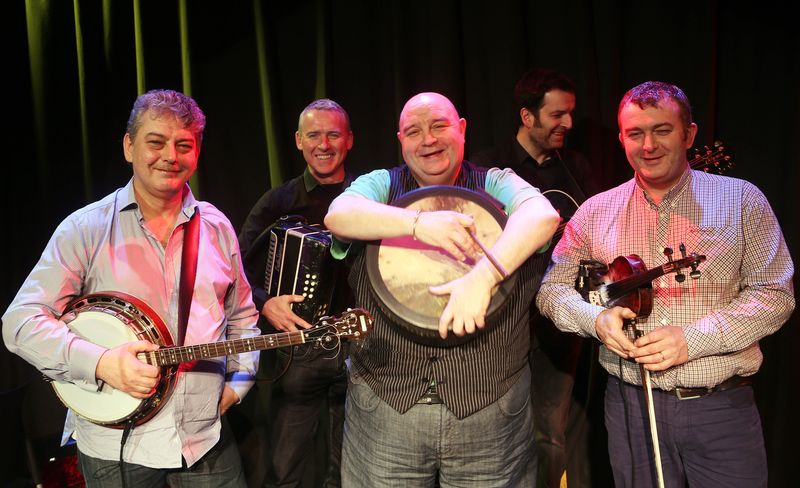 Four Men and a Dog

Four Men and A Dog first was founded in the early 1990s. They were the first Irish band to win Folk Roots magazine’s album of the year award.

Cathal and Stephen Hayden, Donal Murphy, Gino Lupari and Kevin Doherty transmit a great passion and precision in their songs, at the same time that they are full of surprises, from traditional ballads to American folk and acoustic rock n’ roll. The violin, banjo, accordion, guitar and bodhran create catchy melodies and incite the audience to dance.

The band is very selective in its concerts, so it’s really rare to attend a performance by one of Ireland’s leading music groups as they celebrate their almost thirty years on tour.