La Semana Cervantina is a fairly common celebration throughout Spain, but especially in the city of Alcalá de Henares. And it is within this date that is also included the very famous medieval market or “Cervantino Market” of Alcalá de Henares. This year 2019 the event will be from Tuesday 8th to Sunday 13th October.

The medieval market of Alcalá de Henares bears his name because it is held in the city of Alcalá de Henares located in Madrid. The festivity is one more of the popular and cultural events that honour the writer Miguel de Cervantes, the car of the beloved Don Quijote de la Mancha.

Its date is generally during the first week of October, which is called Semana Cervantina, because it was on October 9, 1547 when the writer was baptized in the city of Alcalá de Henares.

As the purpose of the celebration is to offer honors to Miguel de Cervantes, the week begins with nothing more and nothing less than a civic parade of Miguel’s baptismal certificate. After that, public readings of his most famous work “El Quijote” are made, where civilians and public figures are in charge of reciting and dramatizing fragments of this work.

In the same way, during the inauguration the delivery of diverse prizes to outstanding artists during the year takes place. The annual awards are for novels, paintings, poetry, photography and journalism and historical research.

As we have already mentioned, the Cervantina week “Semana Cervantina” includes a space for the medieval market, the Don quijote market or the Cervantine market, as it is also known. This is an area of more than 2 kilometers that goes into the historic center of the city and is able to transport you to the time of the half evo. 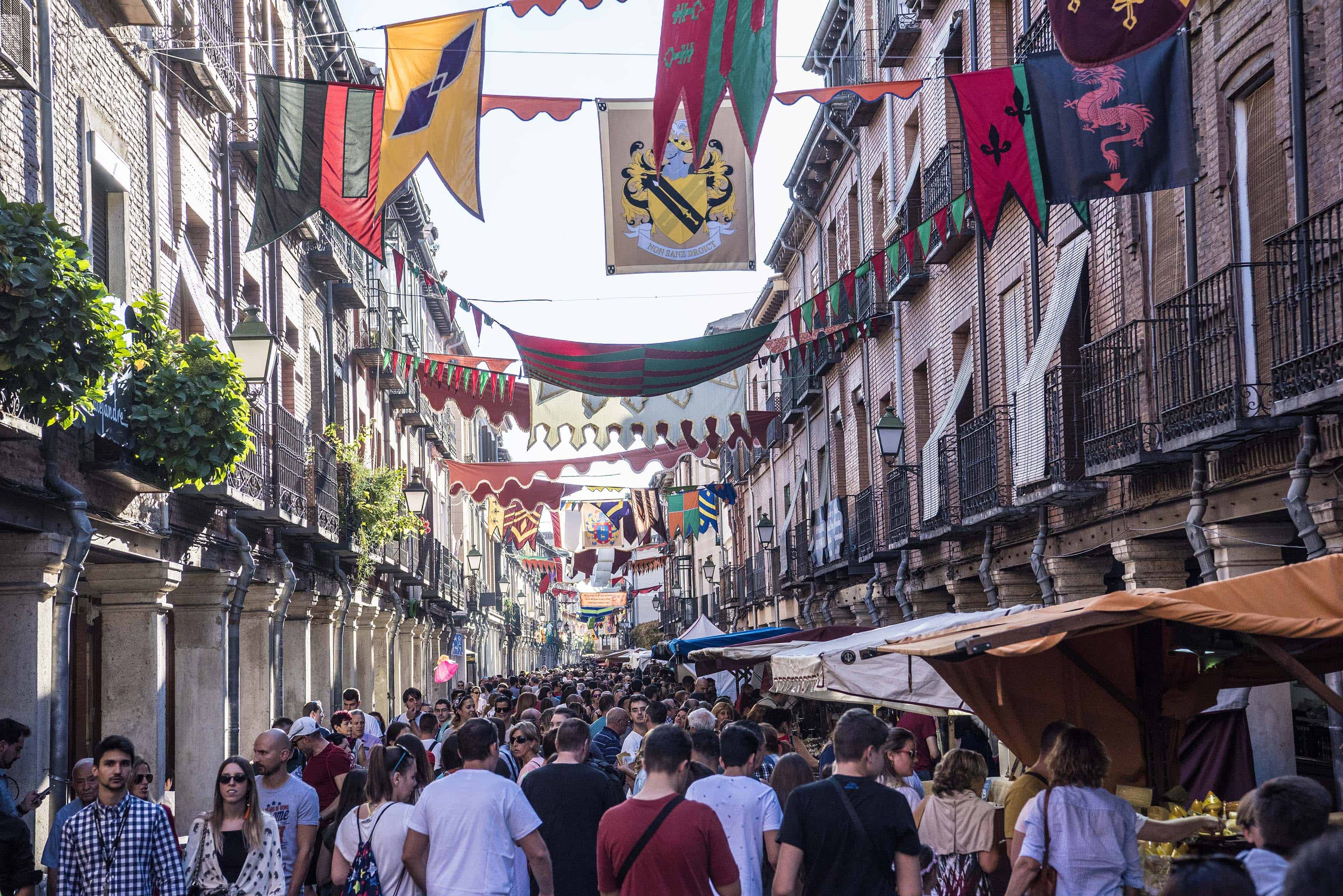 In order to set the mood of the market, the streets of the historic centre are covered with straw, some animals from the period are included, and of course in every corner there are settlers and participants dressed in the best medieval style, and in their defect, in the costumes of Cervantes’ characters.

While you stroll among the different stands of artisans, esotericism, herbalists, perfumers, etc. you will be able to enjoy historical representations, the performance of buffoons and puppets and even photograph yourself or shake hands with Don Quixote or Sancho Panza. Gentlemen’s tournaments and other activities of the time are also a form of entertainment in this market. A classic of the market in addition to the public readings are the stroll of the geese and the falconry exhibitions, which are maintained year after year.

The city centre, on the other hand, becomes the stage of an open-air theatre, open to the participation of the best artists. It is here that a series of concerts are held that bring music to the traditional week; the music also adapts to the market season and is predominantly Renaissance or Baroque. 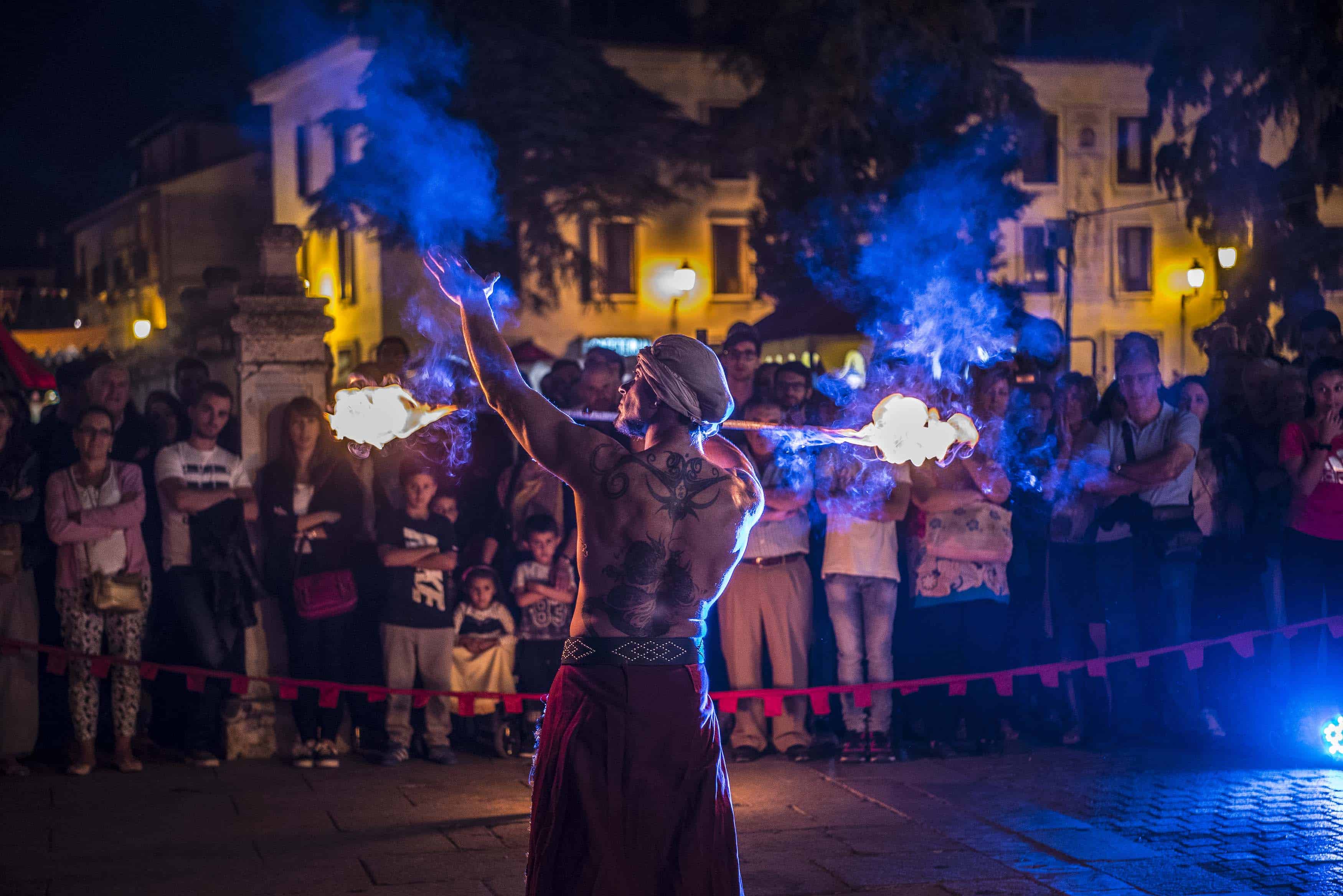 This year 2019 the Cervantes week, and specifically the medieval market of Alcalá de Henares is filled with magic, art and joy with the best of Celtic music. To set the market has organized a festival of Celtic music with very famous artists.

This is undoubtedly an event not worth missing, usually takes place in the first week of October, and this year 2019 will be just from Tuesday 8th to Sunday 13th October.