The Norse and Viking gods and their names are still very present in Europe. Norse religion and mythology has a large number of very varied male and female gods.

There are even different types of gods depending on whether they are older generations of gods or more modern generations. Some of the best known names of Viking gods are Freya, Saga or Odin, Frigg, Loki, Thor, but the list of Norse gods is much longer. 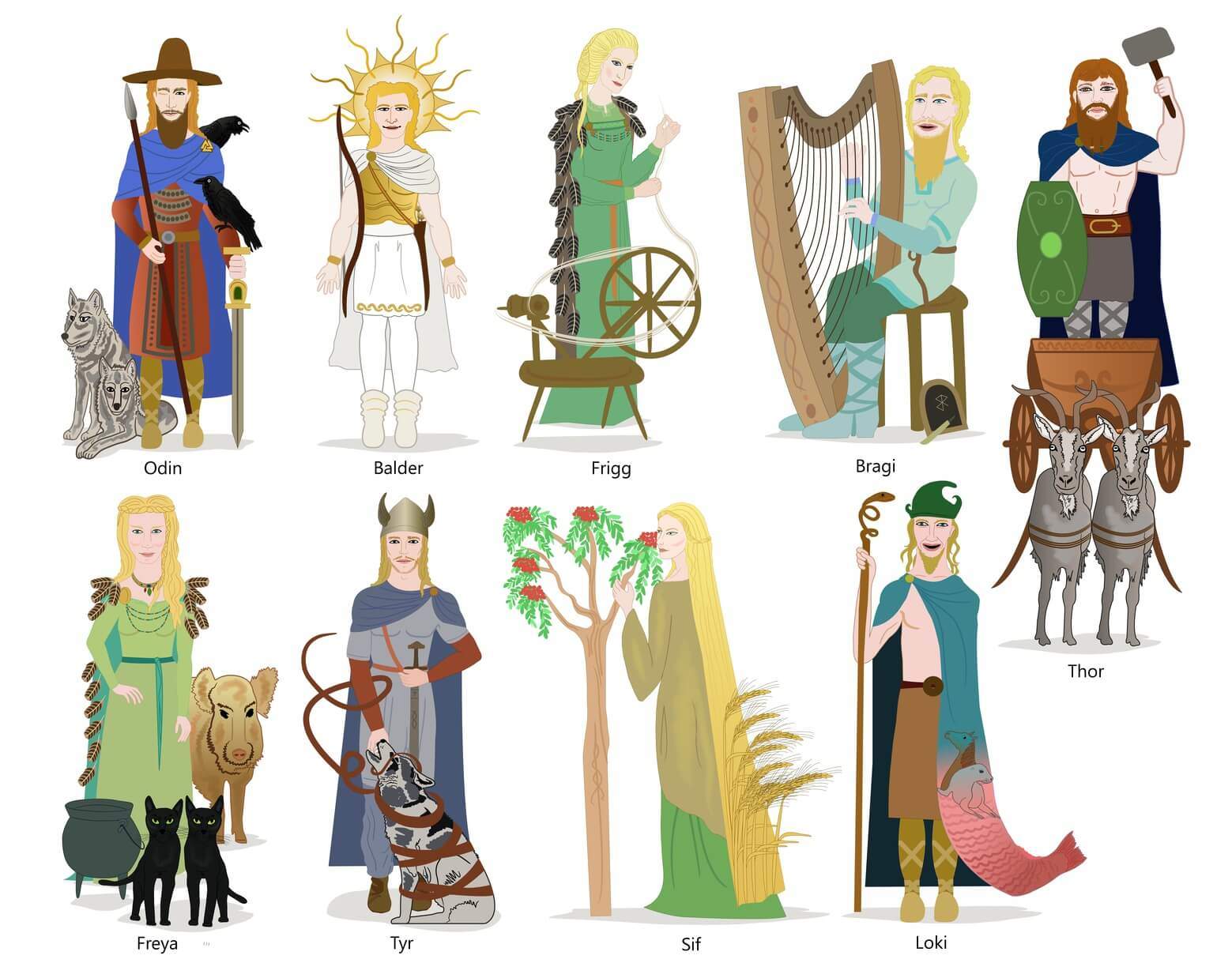 Names of Norse and Viking gods

The gods were divided into large groups. Norse religion and mythology is as exciting as it is curious. Here are the names of the Norse and Viking gods.

The æsir gods are the male Norse gods and the alphabetical list is as follows:

– Andhrimnir. He was the cook god of the rest of the æsir gods and of the warriors of Valhalla, the paradise of the Norse religion.

– Balder. He was known as the god of light and truth.

– Bor. He is the father god of Odin and has no notable attributes.

– Bragi. God of poetry and of the Norse poets of the time: the bards and the scalds.

– Buri. This god is the grandfather of Odin and father of Bor and is considered in Norse mythology to be the first god.

– Dagr. This god symbolised the day.

– Delling. He was the god of dawn.

– Forseti. Divinity to whom values such as truth, peace and justice were attributed.

– Höðr. Brother god of the god Balder, he was considered a blind god.

– Hœnir. Hostage god of the Vanir, which many experts associate with the Vili deity.

– Loki. Considered the god of chaos. No god liked him and he was somewhat disliked for his unpredictable and adventurous character. It is said that he became Odin’s blood brother. 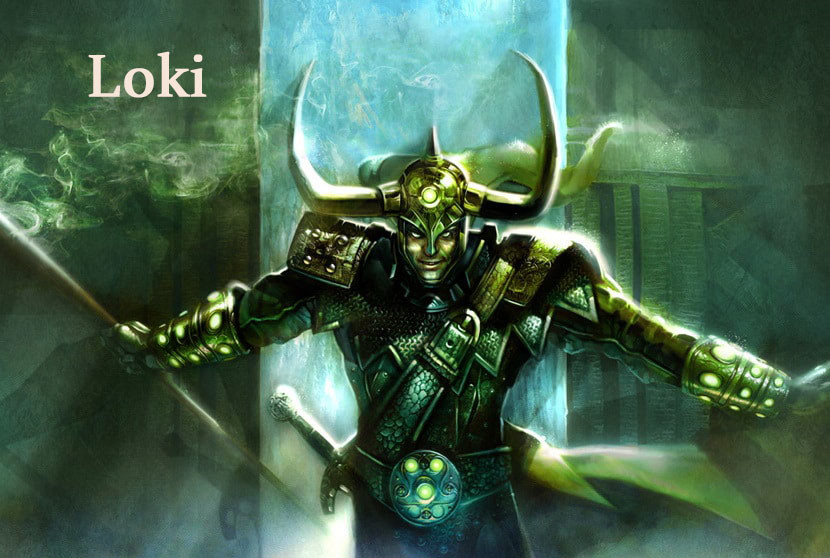 – Magni and Melli. They are Thor’s son and brother respectively, no other attributes are known.

– Mímir. Another god held hostage by the Vanir, scarcely mentioned in Norse literature.

– Móði. Another son god of Thor, although this one is attributed with qualities such as fury in battle.

– Óðr. He is considered the god of intelligence and energy.

– Odin. Leader of the æsir gods. The most recognised of the Norse pantheon and considered the most important and powerful god. He is also known as the king of the rest of the gods and is attributed with qualities such as wisdom, magic, power in war and even poetry.

– Tyr. Considered the god of war and strategies in battle.

– Vili. God who granted humans intelligence. According to the Norse religion he is Odin’s brother.

– Thor. The Norse god of thunder, nowadays very well known thanks to the cinema. 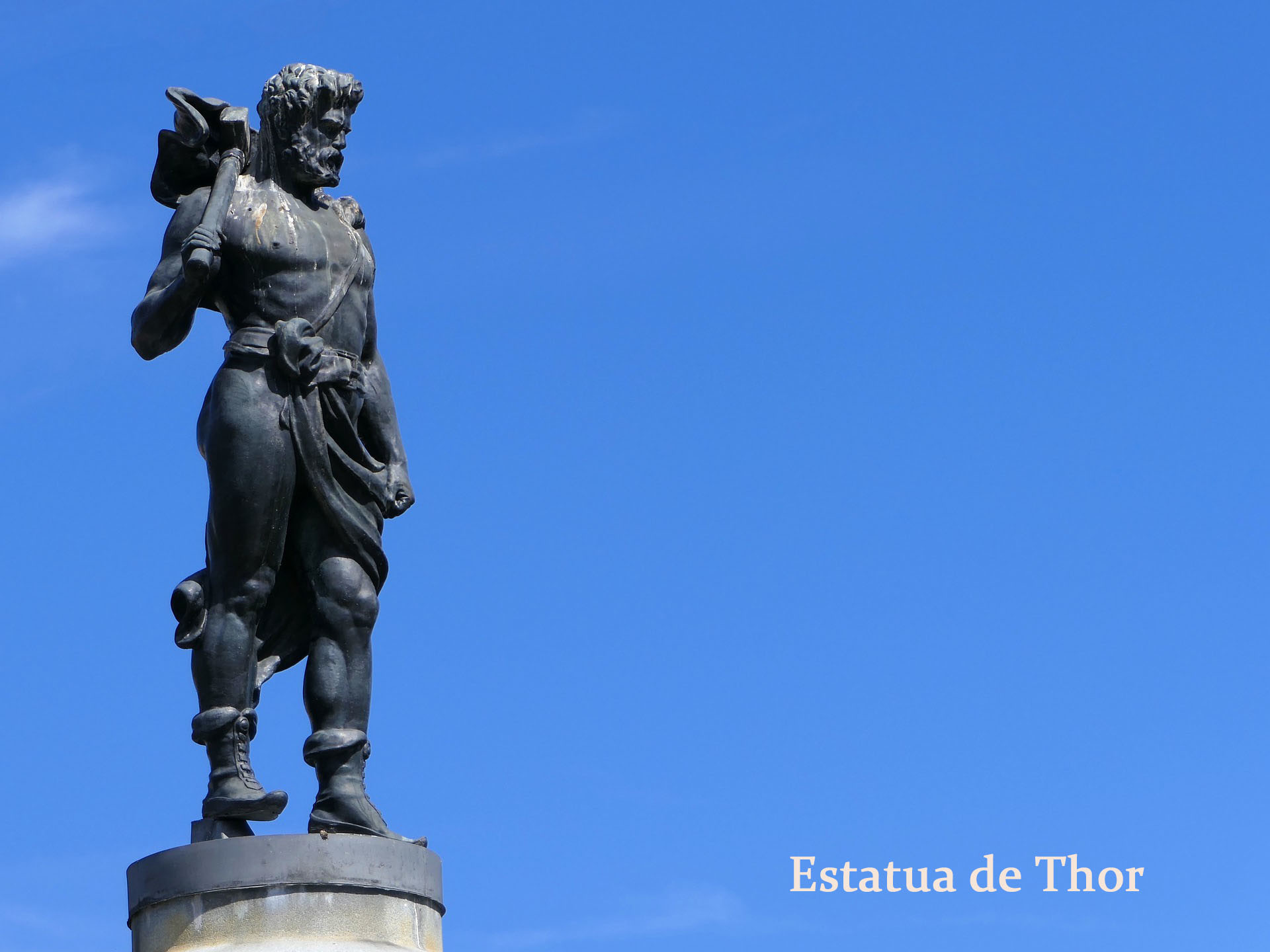 The Norse religion had a similar number of gods and goddesses. The Norse goddesses are as follows:

– Eir. Goddess of resurrection and healing of the sick.

– Frigg. Goddess of love, fidelity in marriage and fertility and was also known to be Odin’s wife. 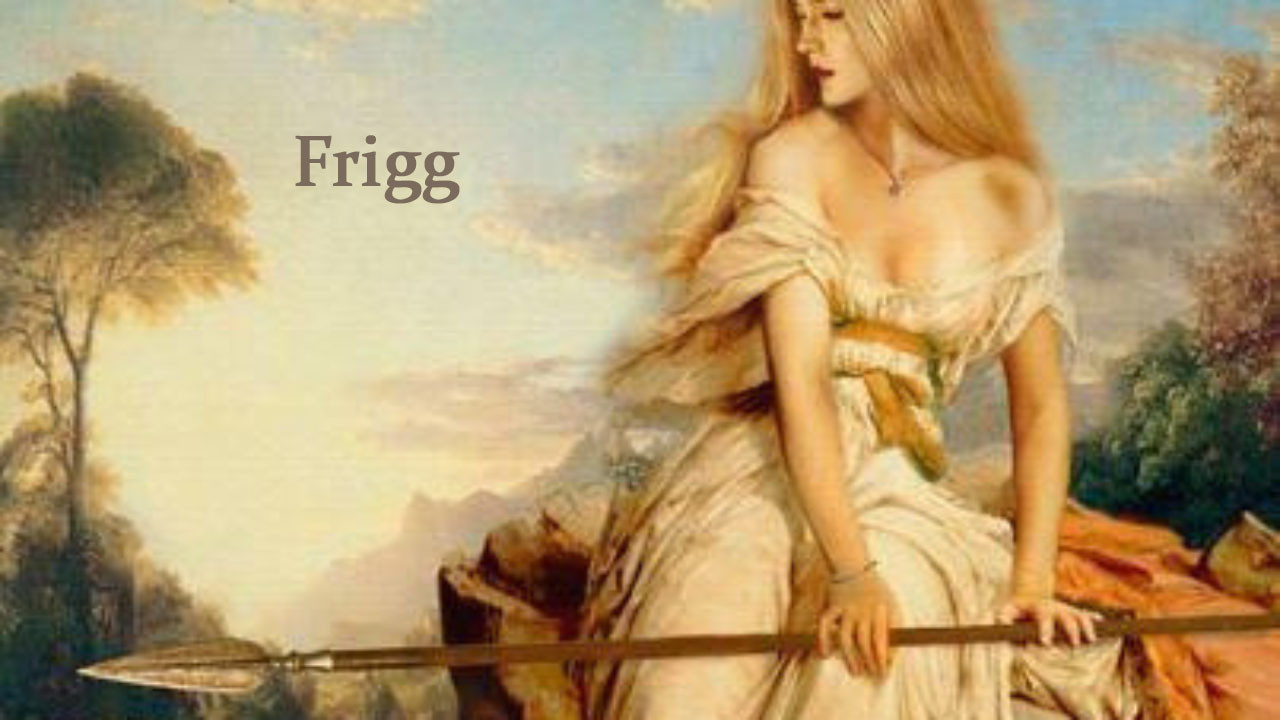 – Iðunn. Guardian deity of apples that enabled the male gods to remain young for eternity.

– Lofn. Goddess of women and the feminine.

– Nanna. Wife goddess of the god Balder, no special attributes are known.

– Saga. Goddess of magic and divination.

– Sif. Goddess of crops and agriculture.

– Sjöfn. Another goddess of women, less well known than Lofn.

– Syn. Goddess of truth, justice and vigilance who was invoked by the accused in trials.

– Vör. Goddess of wisdom and righteousness with great zeal for justice.

– Gerd. Giantess goddess of sex and fertility. She was married to Frey.

– Gullveig. Vanir goddess mistreated by the æsir gods. This caused a confrontation between the old and new gods.

– Lytir. God of divination and magic.

– Njord. God of sea voyages, of the sea and the coast.

– Nerthus. Goddess of the earth and abundance.

– Skaði. Giant goddess who was married to Njörðr. She was considered the goddess of winter and hunting.

How do the gods æsir and ásynjur differ from the vanir gods?

The gods æsir and ásynjur are the most important gods in the Norse religion. They are the youngest of the Viking gods and are all related in some way to the king of the gods, Odin. These gods all reside in Asgard and in most cases are associated with war, power or battle. Although their worship was later than that of the Vanir gods, the gods æsir and ásynjur have not replaced them but were incorporated into the earlier gods.

In terms of the relationship between the gods, the two groups of gods were at war and had great rivalries, but eventually made peace in exchange for an exchange of prisoners. Unlike the Vanir gods, the gods æsir and ásynjur are mortal and their lives are tied to eating the apples guarded by the goddess Iðunn. During Ragnarök, the battle of the end of the world according to Norse mythology, most of these gods are doomed to die and only a few, those who survive, will rebuild the world. 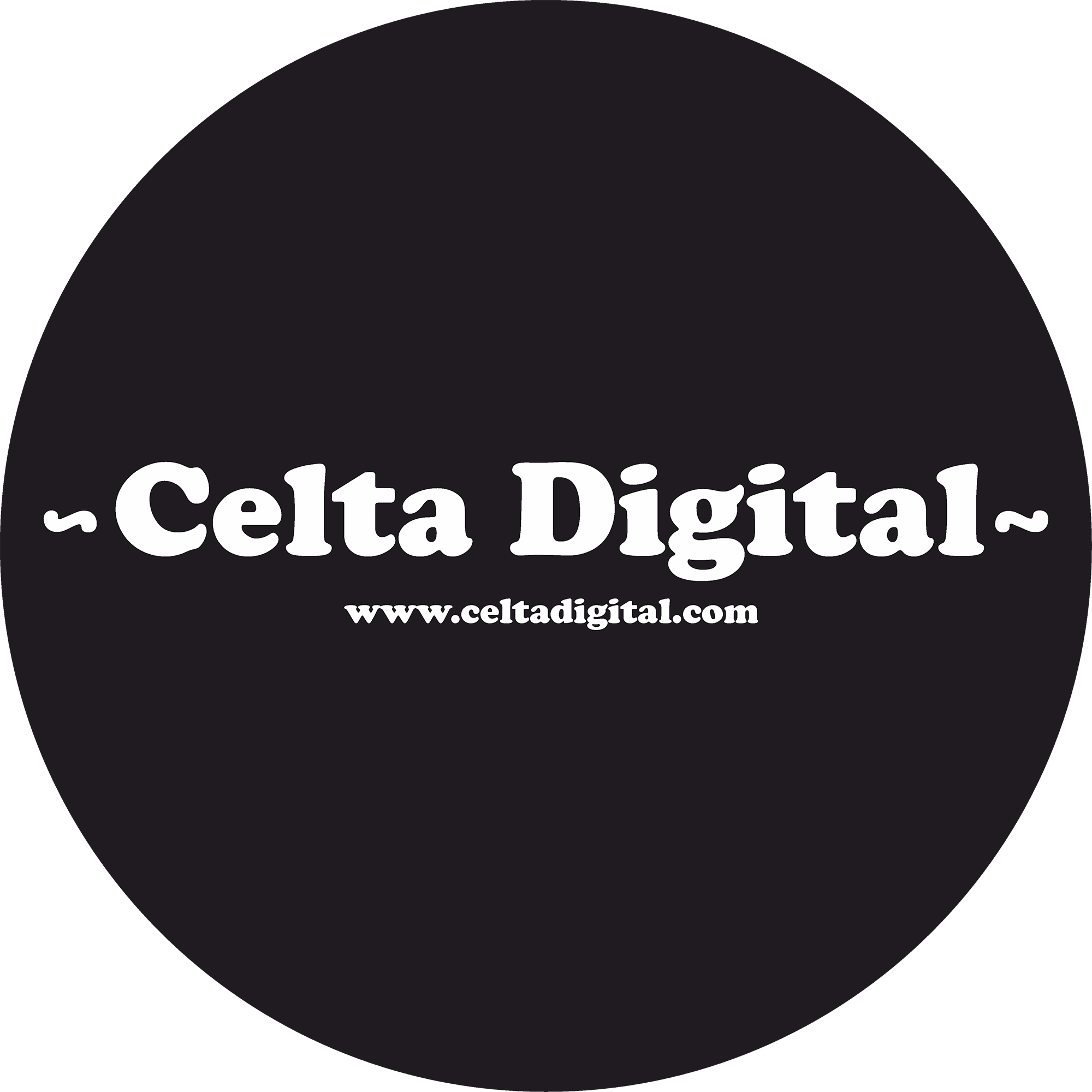 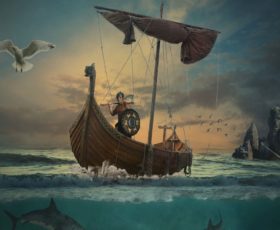 (Votos: 1)Viking symbols and their meaning show a deep expression of everything related to protection, love, superstition and religion. These symbols were used by the Nordic people who lived in Northern Europe between the 8th and 11th centuries. Anuncio Most of these symbols are closely related...
Leer más 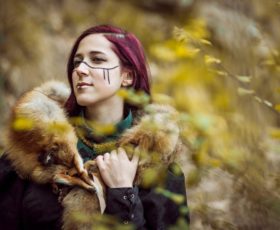 (Votos: )Viking women were part of a culture whose traces have reached our days. So much so that we can see it with the successful series “Vikings”. A group of Nordic communities that began to emerge from approximately 800 to 1050 (A.D.) and that continue to fascinate us today. Anun...
Leer más 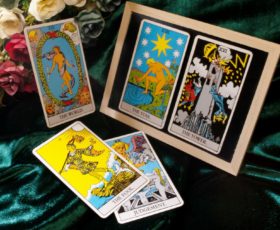 (Votos: )Knowing that you can have free tarot in a great relief. Above all because it allows you access to an experienced tarot artist. This way you can take advantage of free clairvoyance instantly and live more peacefully. Anuncio Tabla o índice de contenidos1 Free Tarot card reading1....
Leer más