We go out every March 17th to celebrate St. Patrick’s Day, the patron saint of Ireland. What at first had a religious connotation, has become a popular and multitudinous festival where the color green, clovers and beers take a leading role.

In many parts of the world it is no longer difficult to remember when St. Patrick is celebrated, since until a few years ago, in some places there was a certain lack of knowledge about this holiday. This day is one of those celebrations that have become fundamental in our calendar, as if it were a kind of Halloween but more recently, it has spread all over the world.

Saint Patrick and its history

On the feast of St. Patrick every year, color green fills the streets and begins to be the protagonist of many recreational activities. At the gates of our spring, Saint Patrick brings millions of people dressed in green or in costume out onto the streets. At San Patricio, beer also takes on great importance, reaching an exorbitant consumption that day.

The day of the death of the patron saint of Ireland is commemorated, but St. Patrick’s Day and its history have not always been so. Although what has spread around the world is its popular and non-religious (or pagan) celebration, for the Irish it has a great religious sense and meaning. It is also the day of national pride, unity and homeland.

St. Patrick’s Day background celebration has behind it a great confusion regarding the real facts of the Christian saint and his life. There is much consensus that he was a Christian deacon who held a civil office of great importance. Also that his name was Maewyn Succat and that he was born in 387 in what we know today as Scotland -Beenhaven Taberniae, or Britannia for the Romans-.

After St. Patrick’s death, when Ireland realized the potential its patron had to create the image of his nation, many elements began to represent St. Patrick festival. Hence the clovers, the snakes and the colour green, symbols that we will explain later.

In addition, beer became indispensable. Just like the exception made by the Catholic Church with the children, by allowing them to have sweets during that day even if they were in Lent (only this time, the exception is for the adults). 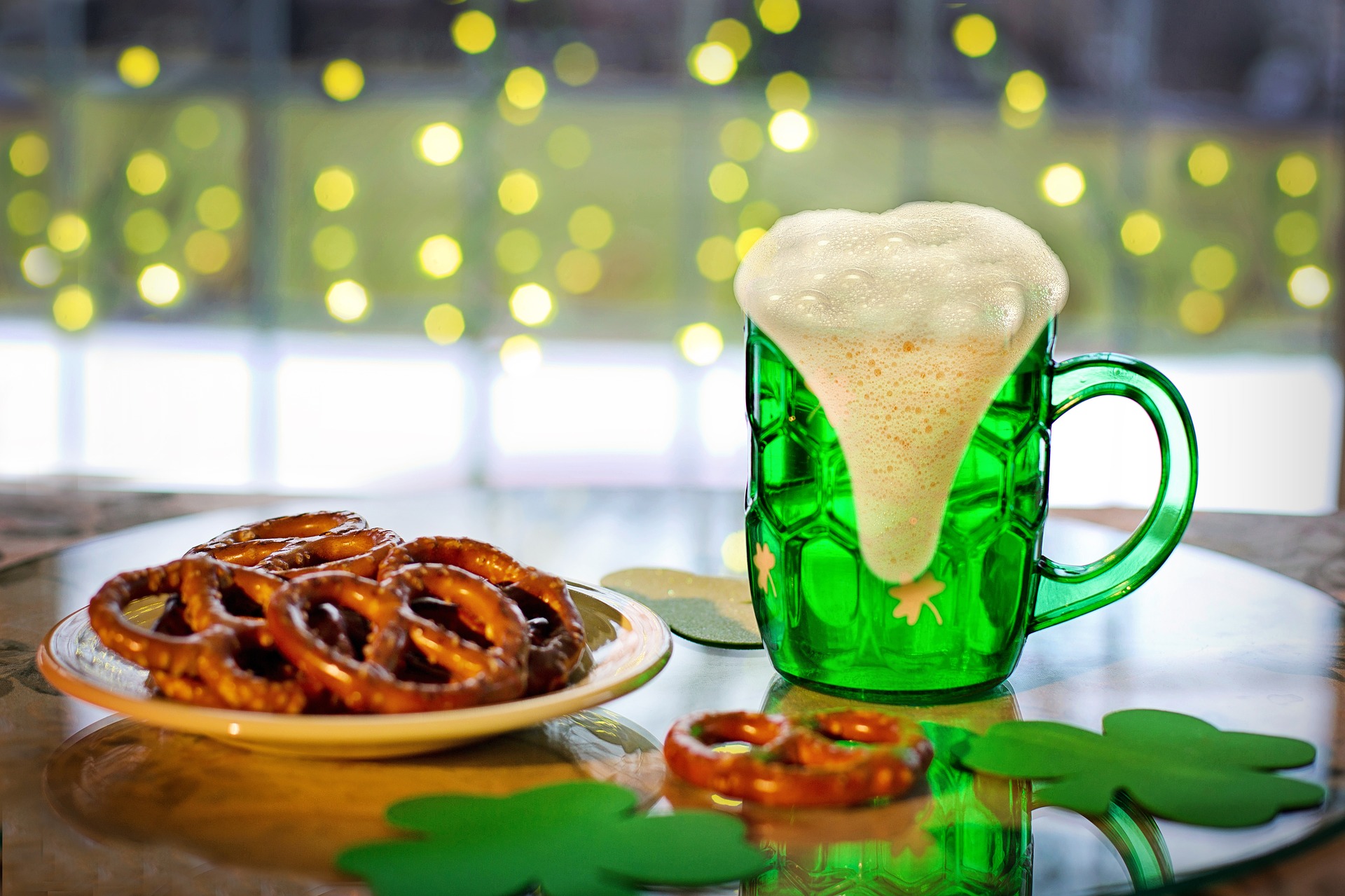 Who was St. Patrick?

Legend has it that St. Patrick was Maewyn Succat and that at the age of 16 he was kidnapped by pirates. Thus, being only a teenager born in 387, he was forcibly transferred to Ireland where he worked as a shepherd for six years. Tradition has it that he was sold into slavery, but managed to escape to France.

He soon felt a divine call and returned to Ireland with his family to transform those who had held him in bondage and keep them from evil. From that moment on, his life changed because he set out to carry his religion within him, becoming a Christian priest and missionary. In Ireland, Patrick expanded more rapidly, using the symbols and pagan beliefs of the local people to explain Christianity.

St. Patrick adapted to the social conditions of Ireland perfectly, created local Christian communities and clergy, and went on pilgrimage throughout the island, where he built churches. His popularity was such that tradition has it that Dublin’s cathedral stands on the site where there was a well where St. Patrick baptized those who converted.

It is also said that he miraculously drove the snakes out of the country. It is also related to the symbol of the clover because through it he explained the mystery of the Holy Trinity. St. Patrick said that God is one (the clover) who at the same time triumphs the Father, the Son and the Holy Spirit.

Finally St. Patrick died in 461 and was buried in Stragford Lough, where he built his first church in history. From that moment he is known as the Apostle of Ireland.

Saint Patrick, from its history to actually

Ireland is now also known as “the emerald country” and the celebration of St. Patrick’s Day lasts four days. Dublin is dressed in green and filled with music and dance, with a three-kilometre themed parade.

During St. Patrick’s Day the streets are filled with allegorical carriages. Their costumes are remarkable, with numerous goblin costumes symbolizing abundance and luck, as well as the bearing of a clover. A very important characteristic is the “céilidh”, a traditional Irish dance in which up to sixteen people participate and where they compete for hours to the rhythm of the bagpipes and Celtic music. Also, food and drink, especially beer, occupy an important place.

Where can I enjoy St. Patrick’s Day?

Since the 18th century the festival has become a popular celebration, mainly thanks to the United States. Today, big celebrations are held in major cities like Boston or New York. Irish immigrants started to parade since 1760 and more and more people joined the party.

It has been a long time since Irish soldiers who had joined the British army marched through the streets of New York on March 17, 1972. A tradition was established over the years that in 1903 an Irish law made St. Patrick’s Day public, which still survives today and has spread to all five continents.

Thus, we can say that not even the world’s largest St. Patrick’s Day parade is held in Ireland, but in New York. In addition, other places that stand out for this celebration nowadays are Argentina, Spain, Switzerland, Australia or Japan, among many others. Also, Chicago is a city known all over the world, as the river is dyed green for hours with an ecological vegetable paint to celebrate this day.

In these times, when so many recreational and cultural activities and celebrations take place in San Patricio, we can only be grateful and enjoy this great celebration that is now an iconic enclave in the whole world. Whether it is before the northern spring or the southern autumn of the southern hemisphere, the planet is dyed emerald green to celebrate the feast of the patron saint of Ireland.

Every year a multitude of Celtic music concerts converge on St. Patrick’s Day, creating a real dilemma when it comes to choosing where to go. What about you? Where are you going to celebrate St. Patrick’s Day this year? Happy st patrick’s day 2022!!