Guinness Irish Festival is a music festival held in Sion – Les Îles (Switzerland). The festival has 24 editions behind it and over the years its importance and number of visits has grown rapidly. There are at least 159 different artists who have passed through the festival throughout its history, a figure that increases every year.

2022 edition will take place between 4 and 6 August, with doors opening on the evening of 7 August, as is usual on the first day of the festival. Its location has changed over time. First they were in Veysonnaz, then they went on to Mayens, then they were in the track of l’Ours and now takes place in the incomparable domain of Les Îles. 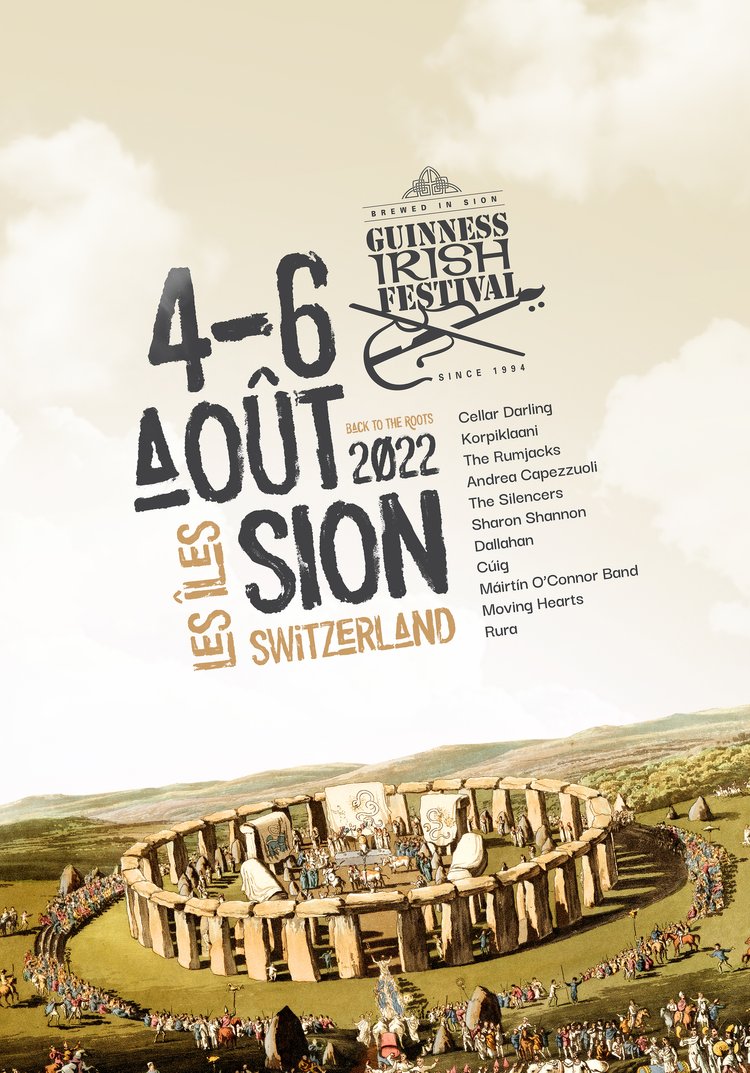 Despite its many changes of location, the festival has retained the soul of its beginnings. The Guinness Irish is a popular festival and a festival of discovery, combining artists of renowned prestige who have marked the history of Celtic music with groups who are struggling to achieve the same.

It is also a great showcase for Swiss Celtic music groups to make themselves known and there are many new groups and bands that fight every year to appear in the festival programme. It is a festival that stands out for its quality, both in the welcome as in the music and the environment itself and therefore receives thousands of visitors every year.

This year’s line-up includes artists such as The Rumjacks, Sharon Shannon, Dallahan, Rura, among many other artists from the international and Celtic music scene.