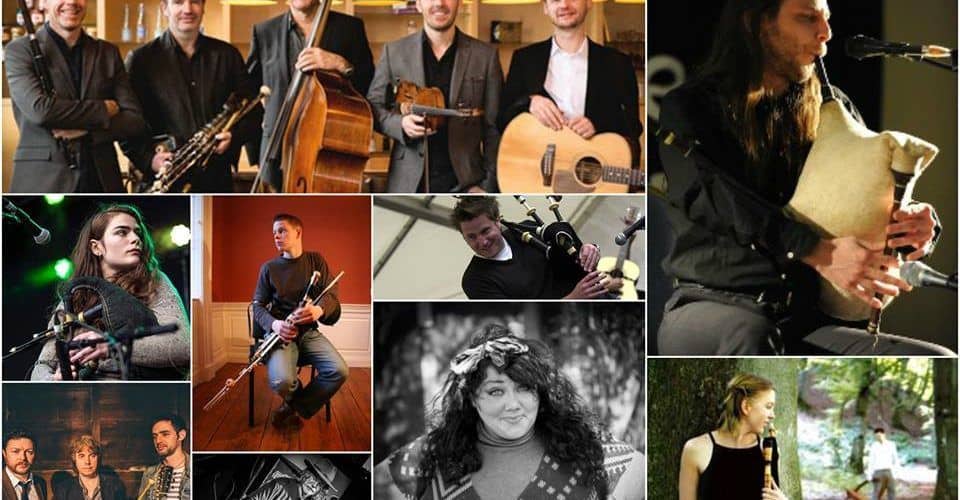 The William Kennedy Piping Festival is organised by Armagh Pipers Club which was founded in 1966 and has been to the forefront of traditional music not just on a local scale but worldwide through our publications and teaching programme over all those years.

Armagh Pipers Club are delighted to announce details of the 25th anniversary edition of the William Kennedy Piping Festival! To celebrate they have invited back all of their favourite performers from over the years as well as a few new faces. 2018 is also coincidentally the 250th anniversary of the birth of William Kennedy himself so double the reasons to celebrate! This 25th edition will be held in ARmagh, from  15th to 18th November 2018.

This year they have guests from Bulgaria, Sweden, Greece, France, Italy, Spain, USA, Canada, as well as the cream of the crop from Ireland and Scotland.

Highlights include a reunion performance from two legends of Irish music – Paddy Keenan and Paddy Glackin; the return of globetrotting supergroup Lúnasa; and a special collaboration between northern trailblazers Ulaid and local heroine Ríoghnach Connolly. Our Piping Academy is back with a stellar line-up of tutors including Seán Óg Potts, Mick O’Brien, Seán McKeon, Tiarnán Ó Duinnchinn, Louise Mulcahy and Síle Friel. There is also a full range of workshops in all instruments, plus sessions, lectures, performances for children, a special ‘Day of Song’, and much more!

Traditional skills and crafts will be on display and available to try throughout the weekend including silhouette cutting, wax sealing and calligraphy while specially curated themed events will provide fascinating insights to how the world worked in the 1700s.

The William Kennedy Piping Festival celebrates the life and work of William Kennedy, the 18th century piper, pipe maker and inventor who was born in 1768 near Banbridge and died in 1834 in Tandragee, County Armagh. This Festival, founded in 1994, was originally conceived to bring together pipers from different countries and traditions, and was the first of its kind anywhere in Northern Europe. To date the event has brought pipers from Spain, France, Italy, Bulgaria, Hungary, Belarus, Canada, USA, Algeria, Iran, Czech Republic, Croatia, Greece, Sweden, Belgium, England, Scotland, and Wales as well as the cream of Irish pipers to Armagh.