To find Celtic Galicia you have to dive into the dark waters of history. The Celts managed to expand the influence of their culture during almost the entire Iron Age and the Iberian Peninsula did not remain alien to these Central European currents. Would you like to know how the Celts arrived in Galicia? Then read on.

The origin of the Celts in Galicia

Before the Iron Age Galicia was already populated. Different pre Celtic tribes occupied the territory during the Bronze Age. Albiones, Zoelas or Seurros are examples of these populations, some of which witnessed the Roman conquest and later Romanization. During centuries the Iberian Peninsula received successive waves of inhabitants of Europe that joined to the previous substratum.

This is the case of the Celts or, rather, of several groups. The Celtic chiefs and those of Hallstatt arrived crossing the peninsular north until settling in the lands that today we call Galicia. The native and foreign uses and customs ended up being integrated with the passage of time. The castros of Galicia arise from this union. In them it has been wanted to see a strong Celtic presence in the decoration of some spaces.

The “fermosas” stones, enormous blocks that closed the saunas of some Celtic castro, show a proper symbolism of these towns, like spirals or trisqueles. However, one of the problems of this culture is that it was agrapha, so we only know their names, customs and rites through the written Roman sources that come from the conquest of the place.

Celtic Galicia treasures a series of remains showing Celtic symbols in Galicia. However, they did not leave any writings about themselves, which makes it difficult to know these people in depth. Perhaps we only have to pray to Dagda to get to know her ancient worshippers better. 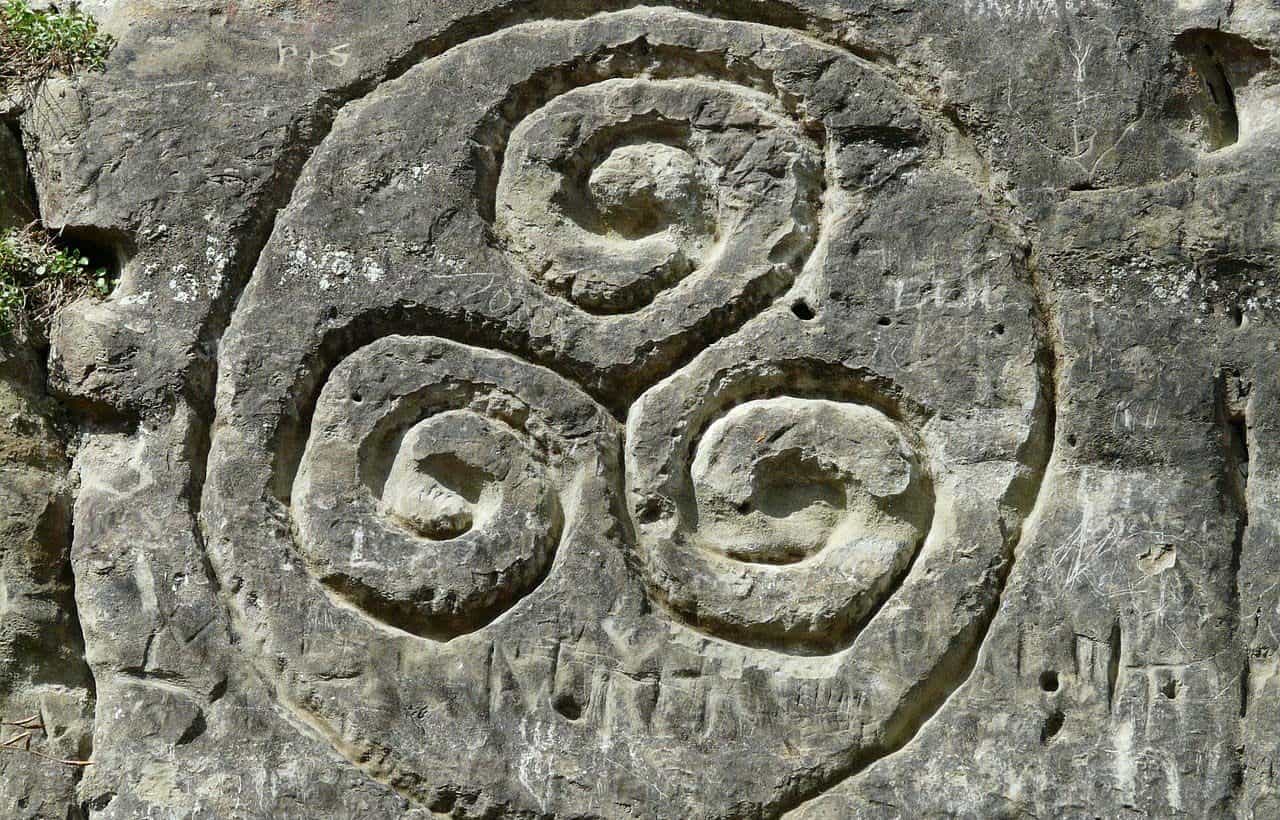 Influence of Celtic peoples in Galicia

A few years ago an enormous controversy arose regarding the origins of Celtic Galicia, in Spain. Genetic studies denied a possible relationship between the Irish population and the Galician population in terms of a common past. If these facts are true then, were the Celts in Galicia? The answer is yes.

The genetic study managed to divide the scientific community, however, there are many disciplines that testify to the presence of Celtic peoples in Galicia. From a linguistic perspective, although Gaelic has not lasted to this day, there are still remnants of the language that appear in different Galician place names. From architecture and archaeology we can also find remains of castros, which were houses, as well as monoliths and a trace of Celtic symbolism.

However, one more proof, and more evident, is that musical sensitivity so characteristic and so present today in modern Galicia that it has no relation with the traditional music of the rest of Spain. The guitar does not appear but the bagpipe, properly Celtic, and which unites Ireland, Scotland and Galicia.

There are also many cultural and identity similarities between the Galician people and the Celtic culture. Magic and respect for nature are deeply rooted in Galician folklore. On the other hand, the typically Celtic desire for adventure is closely linked to migratory processes and the sea, which have largely marked Galician history and culture.

Nevertheless, some historians maintain that the native tribes of Galicia, when coming into contact with Celtic tribes, adopted their culture and came to call themselves Celts. Be that as it may, Celtic Galicia is a reality: there are so many points of union between these peoples that it is impossible to deny their presence. However, there are many unknowns that have yet to be resolved.

(Votos: )We go out every March 17th to celebrate St. Patrick’s Day, the patron saint of Ireland. What at first had a religious connotation, has become a popular and multitudinous festival where the color green, clovers and beers take a leading role. Tabla o índice de contenidos1 Ca...
Leer más