It is very important to know what Celtic people were like, since their existence, culture and customs had a great influence on history, making us what we are today. The Celtic peoples have been little known civilizations since there is very little information about them, given that more importance was given to the Romans, Greeks and Scandinavians.

Celtic people is one of many civilizations that coexisted thousands of years ago, their culture is not very well known in reality, only few people have been given the task of learning a little more about them, and they do not usually give much information about them in schools and institutions. It should be noted that Celtic culture is really primordial and attractive, from their beliefs, religions, legends and customs, it is very interesting to learn different cultures, even more if they arose many years ago in the past, when we did not even exist.

So, who were the Celts? The Celts were a civilization of different peoples who lived during the Iron Age, they were scattered in different areas of Europe, so it never had to be compared to an empire or a large community, nor to a strong policy like the Roman Empire, since each people was independent of another, although they could retain certain similar characteristics.

Their policy was very simple and basic, since they constituted relatively small towns and tribes, they only had one leader in each locality, who was the warlord and had all the authority to lead the people, although there were also other forms of authority such as military, people who organized the people so the inhabitants addressed them with great respect.

What characterizes Celtic people in general is its language, given that this language emerged on the basis of the protective language, and many specializing in ancient languages say that this was the first language, as well as many others, which spread in that Indo-European area. There are also different types of Celtic languages, including Cornish, Breton, Scottish Gaelic, Welsh, Irish and Manx. Although many historians claim that there were other languages that became extinct in their entirety.

Celtic people in general were very warlike, so, although they had similar characteristics in terms of culture and beliefs, it was common if by some quarrel between them, so also justifies the reason why they never unified the peoples and did not create a civilization only, which had a single centralized figure.

Celtic people were located in what we now know as Ireland, Wales, Scotland, and a considerable part of England, where the Britons were located. This is why many of the languages mentioned above still exist in these countries.

Among the most prominent peoples of Celtic civilizations we find:

According to research and theories, it is said that the Celts and Iberians united and formed a settlement; however, it is not known how these events occurred (whether they were merged by an alliance agreement or whether it was through a conquest). They inhabited part of the Iberian Peninsula, where Huelva, Seville is currently located. The customs of the Celtiberians were adopted by the Iberians, who embraced their method of writing.

In addition, a large number of coins used in this village were found, which are carved with the Celtiberian name of the place where they were created. As well as bronze plates where the pact of hospitality was recognized, after receiving a person in their society.

They lived in the territories we know today as France, also Belgium and part of western Switzerland, as well as Holland and Germany. Those who, economically, depended on the minerals that were in their lands, where the iron stood out. Also, they were recognized for being ferocious warriors, with a numerous quantity of weapons that were of excellent material and quality. They battled without clothes, only with their shield and weapons, they were rebellious and brave, for what they intimidated the other towns, even Rome.

In addition, they also stood out in other fields such as blacksmithing, craftsmanship, so they were very creative and used to make many inventions that to this day are known.

It was a union of Celtic tribes, these were located between the Upper Rhine, Lake Geneva, and the Alps. So in a time they could dominate the whole territory, however, to receive pressure from Germanic tribes, they had to move north of the river Garonne, where they had a confrontation with the Romans, which they lost.

After various disputes with the Romans, near Bibracte, they were attacked by the Romans, who murdered most of the tribe, while others were taken as slaves, while the few survived returned to the ancient lands of Helvetia. Later, they joined forces with Vercingétorux to liberate Gaul from Rome.

They were indigenous peoples located on the island of Great Britain, some claim that they were descendants of Iberians. It is said that they did not speak Celtic or Indo-European languages.  The Celtic tribes that were better known were called the dummnoni and durotriges, in addition to the dubonii, cornovii, iceni, coritani, among others.

These were of short stature, brown and dark hair and brown skin, used to paint their skin and used marks on their faces and body, were known to be strong warriors and ferocious.

At that time, the island of Great Britain was known as “Albion“, in addition to the fact that the Britans were not the first to arrive on this island, given that before there were other Gaelic Celts, who were quite the opposite: tall, redheads, blondes, white skin, noble and muscular, with a language similar to primitive Latin. They were good at art, and at working with metal, but they were not warriors. However, many years later, they were invaded by the Galatians, who were later called Britans.

It should be noted that the islands of Great Britain have been those who have preserved the Celtic language, such as Welsh. Breton is also spoken in French Brittany, which was also a language brought by the British. 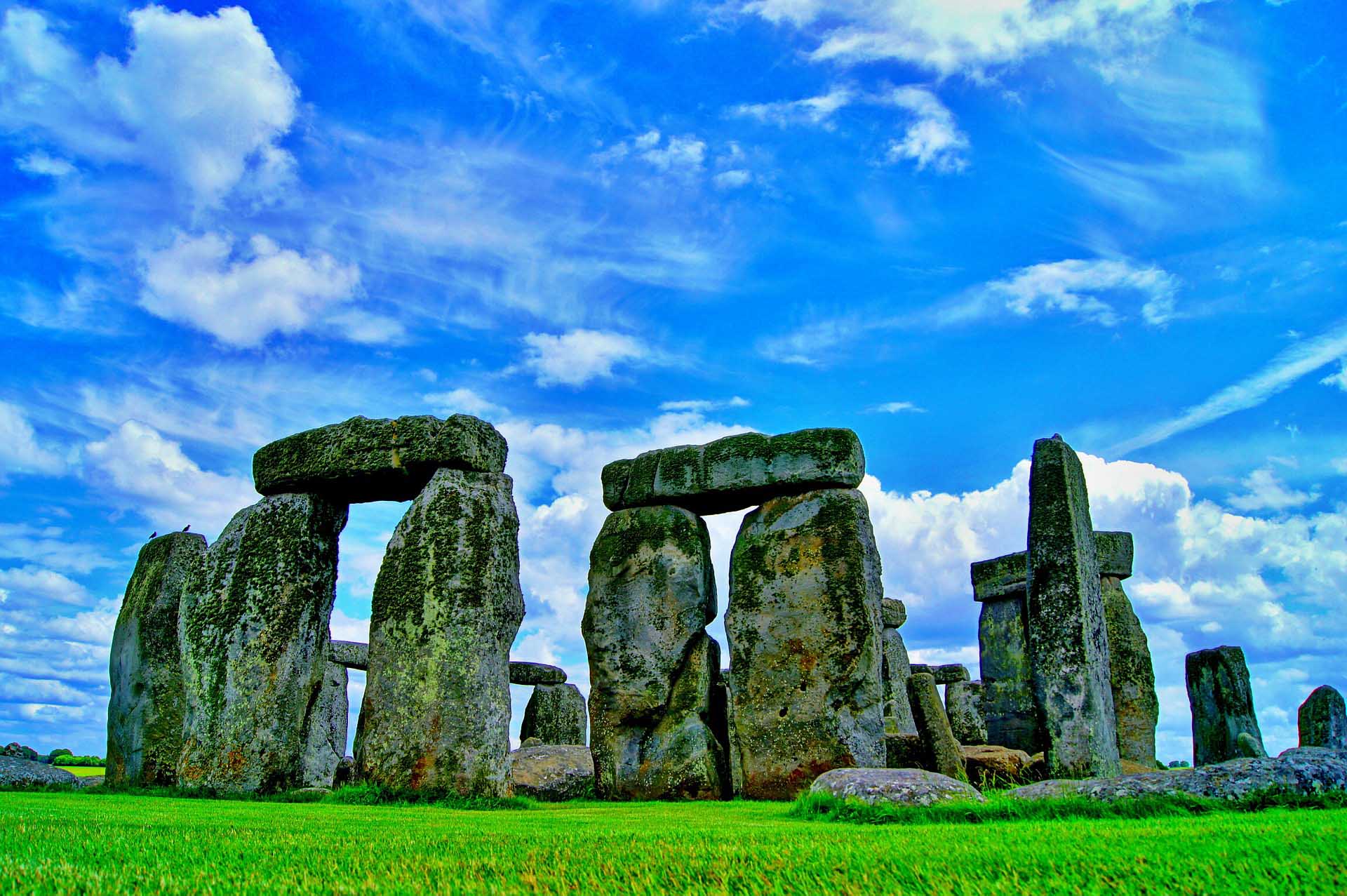 Although northern Europe retains the most important Celtic remains of the continent, the truth is that also in the Iberian Peninsula we find remains of the presence of this ancient people. In fact, the Celtic peoples in Spain remained for years even after the arrival of the Roman Empire.

Do you know how the Celts lived in Spain?

In order to know the characteristics of the Celtic peoples, it is essential that we take a short tour of the areas in which these population groups settled. Although they also lived in the centre of the plateau and in the south, today we bring you information about three Celtic villages in the north of the country:

Galaicos: the Celts in Galicia

When we think of the Celts in Spain, Galicia immediately comes to mind, one of the Autonomous Communities with the most remains and with the greatest survival of Celtic culture. The Galaicos, the people who inhabited it, not only left deposits where we can discover the Celtic cities in Spain, but also affection for language.

In fact, in Galician there are still Celtic words in the vocabulary that survived the romanization of the dinner. Some curious examples are the names of some trees, such as carballo (“oak”) or bidueiro (“birch”). There are also remains of the Celtic language in names of geographical features (such as the rivers Miño, Sil or Eume) and some names of person (Breogán or Viriato are two well-known examples).

Settled in the area of Asturias and León (Spain), the Asturians were neighbors of the Galicians and shared with them their lifestyle. They survived thanks to agriculture and livestock, where sheep had a predominant place.

In this area of the map have been found remains of jewelry that bring us closer to the aesthetic taste of the Celtic population of northern Spain. The torques are one of the most characteristic pieces: metal bracelets with a small opening, whose ends are beautifully decorated.

In Cantabria, part of Asturias and the northern provinces of Castile and Leon lived the Cantabrians, a people that must be carefully observed if we want to know what the Celts were dedicated to.

War, for example, was one of the main activities and its conditions were harsh for the fighters. In addition, it was closely related to hunting, although this was no longer its main form of subsistence.

These are only three of the Celtic peoples in Spain. The Arevacos and the Vacceos are other examples of communities of Celtic origin that populated our country in the past. Knowing the secrets kept by archaeology is one of the best ways to approach this particular lifestyle.

Celtic Symbols and their Meaning

(Votos: )Celtic symbols and their meaning still run through in Europe. People of medieval Europe who took part of this age determined what the world is like today. However, little information is still known. Of all the ancient civilisations that existed, only a few are known in depth. Tabla o &...
Leer más

(Votos: 154)The Celtic full moon ritual is a very ancient ceremony that took place at night. You may already know that the Celts were quite animistic and did not conceive that the gods could have human forms. That is why they celebrated all kinds of natural phenomena that surrounded them. Tabla...
Leer más